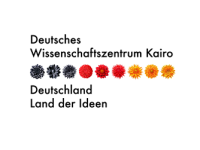 Science and research are never ends in themselves but rather serve as platforms for connecting with the broader community. In a globalised world with new technical solutions, this not only means serving the immediate community but operating across national boundaries. A perfect example is the FU Berlin’s Ilajnafsy project, which provides web-based psychological interventions for traumatised individuals in the Middle East.

The German Science Centre Cairo (DWZ) provides a platform for German-Egyptian exchange in the fields of science, technology and research that deepens the already excellent cooperation and partnership between the two countries. The institution, whose partners are the TU Munich, TU Berlin, FU Berlin, Philipps-Universität Marburg, Fraunhofer-Gesellschaft, Orient-Institute Beirut, DAAD, Alexander von Humboldt-Foundation, and the Zentralstelle für Auslandsschulwesen, was established on the basis of intensive collaboration that has persisted several decades. The Centre has achieved many positive results, a high point being the very successful Egyptian-German Year of Science and Innovation in 2007-2008. Since its opening, the DWZ has contributed to the synergy among scientists in Germany and Egypt, bringing together experts from academic institutions, researchers and representatives of industry and government.

As one of the official partners of the eLearning Africa Conference, the DWZ organised a session that took a closer look at ”Online Applications for University Outreach into the Communities”. At the event, Ms. Eva Poxleitner from the Fraunhofer Academy provided interesting insight into her work. As an intermediate between research institutions and the broader community, the Fraunhofer Academy offers a unique opportunity to transfer knowledge from Fraunhofer research projects directly into the community. ”Providing the user with effective tools to interact with state-of-the-art research and therefore increase engagement and productivity” is central to Ms. Poxleitner’s efforts. One methodology she mentioned was gamification, which she views as a way to enhance ‘self-motivated practice of skills’ in a non-game context. Her assessment is that gamification takes advantage of humans’ psychological predisposition to engage in gaming.

In a different context, a web-based psychology research project was presented by Prof. Dr. Christine Knaevelsrud from Berlin’s Freie Universität. In her talk, she illustrated the far-reaching social benefits that can be generated by making use of the vast potential of technology-enabled communication.

Prof. Knaevelrud cooperates with colleagues in Alexandria, Egypt, to offer web-based psychological interventions for traumatised individuals in regions of violent conflict. For several decades, the Middle East and parts of North Africa have repeatedly been shaken by political riots and other turbulence. The enduring wars and brutal experiences of the region’s inhabitants will certainly influence the physical and mental health of the population in the long term. High rates of depressive symptoms and post-traumatic stress disorders are already being reported.

Unfortunately, the medical and therapeutic care in the region is inadequate. Access to psychotherapeutic and medical treatment is limited, so that many affected people do not get the needed psychological support. However, with the spread of the Internet in the Arabic-speaking region, new possibilities in humanitarian care arise, especially in the psychotherapeutic context. “The Internet provides the opportunity to ensure on-site psychological support without the therapist and the patient having to be in the same place at the same time”, explained Prof. Knaevelsrud.

The eLearning Africa conference proved to be an ideal platform for the two German experts to reach out to new collaboration and partnerships on the African continent. Presenting German expertise and innovation to representatives from all over Africa via the Egyptian hub was indeed a unique opportunity for the German Science Centre. Making German eLearning competencies more accessible will continue to be a priority for German research and higher education organisations.