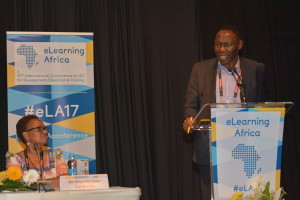 How much attention do the luminaries of Silicon Valley pay to Africa?

The answer is, perhaps, more than they used to but still not enough. With the world’s youngest population and some of its fastest growing economies, the African continent should be a subject of obsessive fascination for anyone with an interest in technology.

Yet, until recently, the attitude of many tech companies and entrepreneurs towards Africa has, arguably, been variously ill informed, unimaginative or downright cynical. All too often in the past, African countries have simply been a dumping ground for the developed world’s e-waste or the focus of attempts to salve western liberal consciences by the introduction of technology as part of some muddle-headed aid project. African governments have been poorly advised too and thus sometimes an easy prey for unscrupulous outsiders with little concern for their real needs.

Now, as the African Union seeks to create a “transformed continent,” technology is a major part of the radical programme it has outlined in its Vision 2063. And the AU is convinced that it is precisely in the field of education and training that technology can make its most impressive contribution to securing sustainable growth across Africa.

But what do Africans themselves make of the various attempts by international technology companies to help to bring about this transformation of “the dark continent”?

In September, I chaired the annual debate at eLearning Africa, the continent’s largest conference on technology assisted learning and training. It takes place in a different African country every year and, this year, it was held in Mauritius, the ambitious, technologically advanced Indian Ocean island, which although it sits hundreds of miles from the coast of East Africa, is nonetheless a proud member of the African Union.

The debate, which provides an opportunity for the free exchange of views on some of the most important issues affecting African education and society, has become a fixed feature of eLearning Africa. This year, as always, several hundred conference participants, eager to make their views known, took part in a lively discussion with a panel of expert speakers who debated the motion that “this house believes that grandiose Silicon Valley initiatives have rarely taken account of local contexts and are not what Africa needs.”

It was an opportunity for the luminaries of Silicon Valley to hear what Africans thought of them.

Criticism of the methods and objectives of Silicon Valley companies has been around in the blogosphere for a long time. There have been concerns among American educators, for example, that not enough interest has been paid to the “corporate courtship of teachers” and potential conflicts of interest affecting those ‘teacher influencers,’ who accept perks in return for agreeing to use equipment, the benefits of which has sometimes never been independently assessed.

Critics have argued too that big Silicon Valley companies, such as Microsoft, Apple and Google, are interested in education as a means of wooing students, primarily as a means of securing them as lifelong customers. When they provide free equipment for schools, so the argument goes, they are effectively turning teachers into education consultants and compromising their loyalty to their real employers, the schools themselves.

These arguments apply in Africa but they are, perhaps, symptomatic, to a greater extent, of the relatively more developed economies of North America and Europe. The most significant argument against “grandiose Silicon Valley intitiatives” in Africa is that they fail to take account of local contexts and attempt to impose standardised, one-size-fits-all solutions in African countries.

This was one of the main arguments put forward by the proposers of the motion in the eLearning Africa debate – a formidable combination of heavyweights in the shape of Dr Bitange Ndemo, a former Permanent Secretary of Kenya’s Ministry of ICT, who is now visiting Professor at the University of Nairobi, and Dr Daniel Wagner of the University of Pennsylvania.

Dr Ndemo said that many African countries were still experiencing “the aftermath of colonisation,” data was being gathered without consent in a new form of colonisation and Africa must focus urgently on developing its own content, if it wants to “retain its soul.” His concern, which was shared by Dr Wagner, was echoed by many conference participants, who spoke ‘from the floor’ in the debate.

“It is not enough to say that a product can just be transported from the USA to Africa,” said one participant. Others repeatedly drew attention to the lack of awareness in Silicon Valley of either the context or the day-to-day realities of African states. Technology, they said, must be capable of being customised and adapted to meet African needs.

The opponents of the motion were steadfast in their defence of “Silicon Valley”, which they took as shorthand for the involvement in African education projects of the international private sector in general. Steve Vosloo, a mobile learning specialist from South Africa, claimed that the UN’s Sustainable Development Goal 17 would be unattainable without the involvement of international private sector companies. He listed various examples of Silicon Valley technology that have already transformed the lives of millions of people in Africa – everything from the PC and the mouse to smartphones, interactive whiteboards and tablets. And he claimed that ‘WhatsApp’ is being used by refugees not only to connect with each other, but also to interact with teachers.

Dr Alice Barlow-Zambodla, who also spoke against the motion, accepted that localisation of content was very important in the African context but said that the key to effective solutions was to ensure accountability and structure in dealings with Silicon Valley companies. This was an area, she said, in which many African countries needed advice and assistance.

Among the audience, there was a feeling that most African countries still have too little choice in the matter and, by and large, have to accept what they are given. However, several participants pointed out that the situation is changing, as African economies continue to grow and local entrepreneurs emerge and start to attract investors. A major priority for African governments, alongside investment in connectivity, should be to develop economic and education ecosystems that support innovation, technology and the development of Africa’s human resources.

In spite of the fact that participants in the debate were technology users and most of them were sympathetic to the efforts of Silicon Valley companies to bring about positive change in Africa, the motion was carried. If I had to give a single reason why, I would probably say ‘Dr Ndemo’.

An old fox in the debating chamber, he knows from his years of working for Kenyan ministers, exactly how to work an audience. Wisely, in this hugely entertaining forum, which always begins with a disclaimer to the effect that none of the speakers should be held to the views they are expressing, he chose to use an appeal to emotion, rather than an iteration of the most salient facts! His description of the Silicon Valley companies as Africa’s new colonisers struck a chord and was made all the more effective by a cunning counterpoint, which involved using the courtesies of parliamentary language – “Mr Speaker, Sir” and “the honourable gentleman.” It worked a treat and won him and his silver-tongued partner Dr Wagner, who gave a devastating ‘summing-up,’ the laurels.