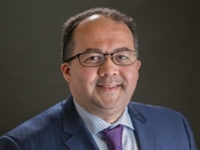 A World Bank report from 2014 suggested that as many as 11 million young people in Africa will be joining the job market every year for the next decade. For long-term economic growth, investment in a highly skilled workforce is hugely important. But where are the critical skills gaps in Africa today? And, more importantly, how can we fill them?

These are just some of the questions that will be asked at eLearning Africa 2017, taking place this September in the Republic of Mauritius. Ahead of the eLearning Africa conference, we caught up with Salah-Eddine Kandri, Global Head of Education at the International Finance Corporation (IFC – World Bank Group), to discuss these issues. Kandri will be presenting at this year’s conference on the skills needed to move Africa forward, having worked on youth employability issues for the past few years.

What are the critical skills gaps in the African job market today?

African countries are among the most entrepreneurial in the world, with Ghana, Zambia, Uganda and Angola having 30-35 percent of their population aged 18-64 involved in early stage entrepreneurial activity. The challenge is training entrepreneurs to help them grow to scale and escape informality. The small, but fast-growing advanced services sector will require educated employees and favourable legal frameworks. Current skills gaps include technical skills, organisational skills and new economy skills. Most African countries have not built export-oriented industries to employ large numbers of unskilled workers, unlike countries like China or India, and have large informal sectors. Formalising labour markets remains a key goal for the region.

How has the African job market changed in the last ten years, and where has education failed to adapt?

While Africa is becoming a service-oriented economy, it provides mainly low-productivity and low-income jobs, and at the same time the market increasingly demands readily employable graduates. It is a “finished product” approach in which the demand for education shifts from theory-oriented to more occupation-focused study programmes in order to produce a more vocationally trained labour force. Fuelled by factors such as economic growth – the “demographic dividend” – there is increasing pressure on African countries to expand tertiary education and increase enrolment at primary and secondary levels. Furthermore, they should endorse structural economic shifts towards a greater share of manufacturing and services. There is also demand for better and more-qualified workers as economies become more globally integrated and more knowledge intensive.

What are the relative strengths and weaknesses of using the public and private sectors to bridge these gaps?

Governments in the region cannot achieve the expansion of post-secondary education alone. Current Gross Enrolment Rates are 9%, in contrast with a 33% global average. Typically, governments are fiscally constrained and need the support of the private sector to achieve their goals.

Three main factors can explain the rapid expansion of the private tertiary education institutions in Sub Saharan Africa. The first is the inability of the public sector to satisfy growing social demand. Next is the demand for programmes that are better linked to labour market needs. The third is the view that the private sector is more efficient at service delivery than the public sector.

While private higher education is a relatively recent phenomenon in the history of Sub-Saharan Africa (emerging in the late 1980s in most countries), it has enjoyed spectacular growth in the past decades. Whereas the number of public universities increased from 100 to 500 between 1990 and 2014, the number of private institutions grew from under 30 to 1000 over the same period. In some countries, the share of enrolment in private higher education institutions has tripled or quadrupled. In the Ivory Coast, private enrolments are as high as 80 percent.

Within Africa, how much does the context matter? How widely do skills gaps differ across the Continent?

Models need to be local rather than copycats. Each country is different, and understanding local contexts in the region is critical in order to develop tailored solutions that will help address current skills gaps. However, there are specific educational issues that the entire region is facing. These include high teacher and student absenteeism; limited in-classroom instructional time; rote learning; poor school infrastructure / no electricity; untrained teachers in rural areas; poor health/nutrition; and girls leaving early.

Can you think of any noteworthy examples of best practice for bridging the skills gap?

I’ll give you two with which I’m familiar. Rosebank College in South Africa is one. Rosebank is making tertiary education affordable to the masses and relevant to the needs of South Africa’s labour market. There are more than 15,000 students enrolled at Rosebank College, more than 90% of whom are of African descent or from a disadvantaged background. Their programmes focus on fulfilling the needs of the South Africa’s job market, targeting the IT, management, and commercial sectors. Similarly, there is a programme called Andela in Nigeria and Kenya that identifies the top 1% of talent on the African continent, shapes them into world-class software developers and pairs them with high-growth companies worldwide. Students receive full-time, paid employment while receiving state-of-the-art software-development training.

How significantly is the skills deficit holding back growth in Africa?

Some Sub-Saharan African countries are growing extremely rapidly. A good example of this is Kenya, which is growing at 6% annually, making it one of the fastest-growing economies in the world. To develop fully as a middle-income country, Kenya needs to promote a skilled workforce and reap the benefits of the significant demographic dividend the country will enjoy in coming years. The challenge for Kenya is to create sufficient numbers of quality jobs in the formal economy and to address the current issue of high youth unemployment – a situation that can be extrapolated to many other countries in the region.

Is there a danger of losing local, contextual knowledge by focusing too much on new skills?

Skills that have become increasingly relevant in the New Economy such as teamwork, problem solving, creativity, and critical thinking are not necessarily “new skills” – they have always been important. Local contexts need to be respected, but Africa can also learn from decades of experience in other developing world regions.

How do you think the African job market will change in the next ten years?

Africa’s job market will continue to be influenced by global trends affecting emerging markets: demographic change, urbanisation; the growth of an urban middle class; the rise of the knowledge economy; high returns to tertiary education; the revolutionary effect of the internet, etc. The change affecting the region will be the progressive formalisation of labour markets: in 2012 only 28% of workers earned a wage, but by 2020, 36% of Africans will be in wage-paying positions.